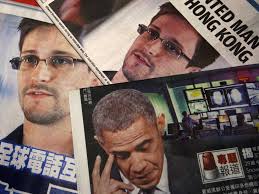 The biggest news story these past couple of weeks is the tale of 29-year-old Edward Snowden, a contractor for the National Security Agency who leaked details of the U.S. government’s massive Internet and phone tracking programs before fleeing the country.

Snowden revealed the details of these monitoring programs to the media, including The Guardian News Organization. While some people see him as a hero for his actions – for protecting our civil liberties for instance–others see him as a traitor who has now put our country at greater risk for terrorist attacks.

You can also read more about this heated story and two different perspectives about his actions here:

Some questions for discussion: