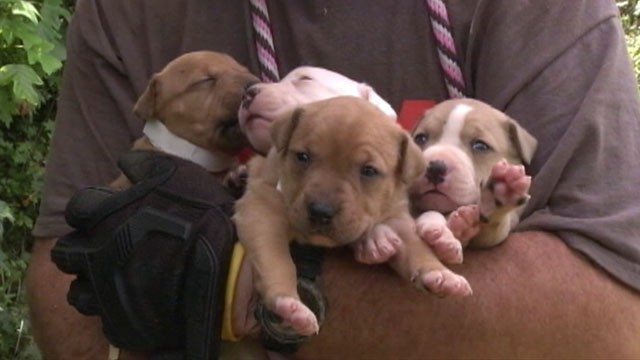 Federal, state and local officials arrested 12 people and seized 367 Pit bulls in the Southeast this summer in one of the country’s largest crackdowns on organized dog fighting and gambling.

According to this article, the dogs at one home were covered by fleas and secured by heavy chains connected to car axles buried in the ground. Other pit bulls were so malnourished their ribs were sticking out and others had bad wounds that required emergency care.

Use any of the following questions to spark a discussion.

The Boys of Summer
Talking About Stress Management
A Teacher's Greatest Lesson
An App for Dinner?