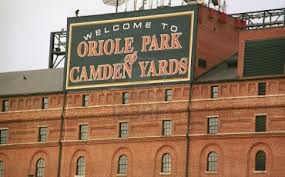 Matt Fortese, a 25-year-old from Hagerstown, Maryland, remains in critical condition this week after an alleged assault recently by two men during a Nationals-Orioles game at Camden Yards in Baltimore.

According to news reports, witnesses say the men taunted Matt because he was wearing New York Yankees attire. A beer was thrown, and although it hit another person, Matt confronted the men who were bothering him. One of the men then hit Matt, who fell over a concrete barrier and fractured his skull.

Although a seemingly straightforward story, this tragic incident raises complex questions around team loyalty, sports and violence in our society. Here are a few to get you started:

What is your favorite sports team and what does it mean to you to root for them?

Have you ever disagreed with a friend or a family member about which team to support? What happened? Did it cause a problem?

If having team rivalries is fun, where is your line of what goes too far between fans of different teams?  For example, is it ok to tease one another?  Is it ok boo and hiss or heckle and joke about the other team losing?

Have you ever been the one teased or bullied because you were a fan of something or someone? Or have you ever witnessed someone being bullied for that reason? What did you do?

What do you think is a better way than violence to deal with a situation where you might not agree with someone else’s views or opinions?