Score One for Science 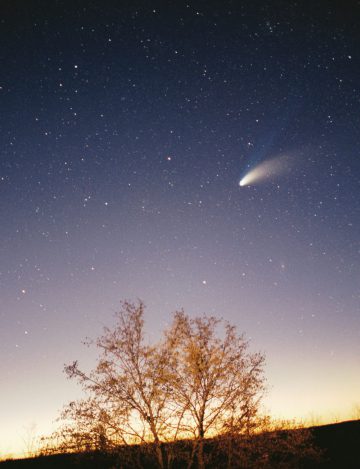 It was a good day for scientists at the European Space Agency this week when they managed, against all odds, to land an unmanned probe on top of a comet. After over 10 years of planning and waiting, scientists will now be able to collect data from a live comet for the first time. Read the whole story here, then ask your family these “probing” questions!

It took more than 10 years for these scientists to find out whether or not their experiment would work. What’s the longest you’ve ever had to wait for something that was important to you? How did it feel to wait so long?

When the probe landed on the comet, it was supposed to attach itself with harpoons, but the harpoons didn’t work. The lead scientist on the team says, “So maybe we didn’t land once – we landed twice.” Do you think he feels the experiment was a success, even though something went wrong?

Have you ever worked hard at something and not had it go exactly according to plan? How did you handle it? Did you learn anything to help you improve in the future?

How important do you think this experiment is as a moment in history? Why?

If you were on the team of scientists sending the probe into space, what kinds of things would you hope to learn from it?

This type of space mission would have been considered impossible not long ago. What “impossible” things do you dream about trying one day?