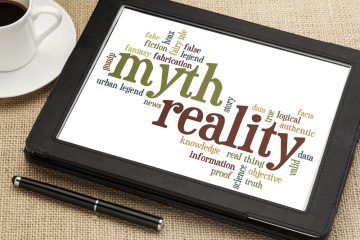 Fake news and its consequences have dominated headlines lately.

Traditional journalism is a search for the truth. It relies on independent reporters and editors dedicated to finding facts, verifying them and reporting them. In the past, the news was gathered and spread by professionals through traditional media (newspapers, magazines, radio, television). But the advent of the internet made it easy for anyone to say anything and make it look like news. Social media has made it easy to spread such stories. Sometimes, they even wind up being repeated as fact by people in the news who are then quoted by traditional news outlets.

In some cases, people have forgotten what real news is, never knew or have simply chosen to redefine it for their own benefit. In the 2016 election campaign, “fake news” came into its own. It’s not uncommon to see stories on newsy looking websites that start or begin with “you decide” or something to that effect. Others don’t even offer that courtesy. They simple pass off their stories as true, even if they are pure fiction.

Many think things have gotten out of hand, including Stephen Colbert. (A caution for parents: this video may not be suitable for young children. If you wouldn’t let your kids watch news about the presidential race or are squeamish about bleeped swear words, you probably wouldn’t want them to see this.)

Others who have weighed in recently on the fake news phenomenon are NBC, which offers this interesting examination of why, how and where fake news is being created; and Hillary Clinton, who spoke of the dangerous consequences that can arise when fake news leads to people taking inappropriate actions based on fiction.

One thing many people can agree on is that it’s important to be able to separate fact from fiction when it comes to the news. Talk with your family about being a well-informed media consumer:

Talking About: Resilience
At Joan's Table
When Dinner Can't Happen (And What to do Instead)
Real Family Dinner Projects: The Anderson Family