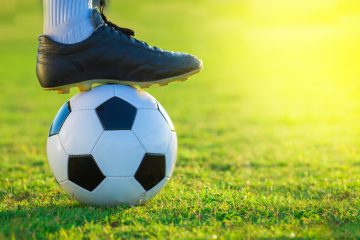 In 2020, bad news seems to dominate the headlines. With our attention focused on politics and a pandemic, among other things, it can feel like role models are scarce. But parents still want to talk to their kids about important character traits, like standing up for others. It’s worth looking for the good news headlines that remind us there are people out there who are standing up and speaking out for what they believe, and sharing those stories with our kids. Recently, the soccer team the San Diego Loyal provided an opportunity to talk about standing up for friends, even when it cost them everything.

During a September match against the Los Angeles Galaxy II, a Galaxy player called a Loyal player a racial slur. The Loyal planned to pause their next game for a peaceful demonstration of support for their teammate. However, in that next game — against the Phoenix Rising — another Loyal player was targeted. This time, it was openly gay player Collin Martin. Players and coaches heard a homophobic insult used against him, but the referees didn’t act. That’s when the Loyal knew what they had to do.

Under the leadership of coach Landon Donovan, the Loyal walked off the field. They forfeited their 3-1 lead, the entire match, and their shot at the playoffs. It was a season-ending decision made to support their teammate. You can read more about the Loyal standing up for Martin in this article from ABC News.

The Loyals’ decision to forfeit the rest of their season is worth talking about with your family. Here are some questions you can use to start the conversation:

A Little Boy With A Big Heart
Community Dinners at St. Stephen's Church
A Photojournalist's Dilemma
Talking About: Resilience