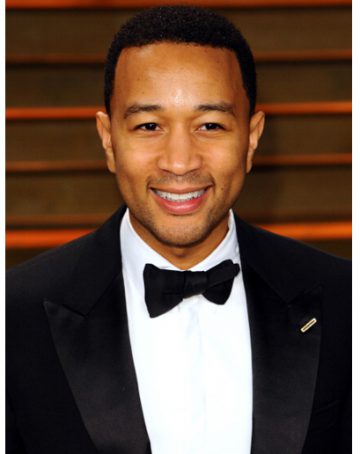 After winning the award for Best Original Song (for “Glory” from the motion picture Selma), John Legend took the stage with his collaborator, Common. Both men spoke about civil rights, but Legend caught people’s attention with his statement that “Selma is now because the struggle for justice is now.”

Watch his remarks here, then open up a dialogue with your family:

Young Elementary Children (up to Age 8):

Selma was a movie about Dr. Martin Luther King, Jr. and the Civil Rights Movement. What do you know about Dr. King? Have you heard of other people who did courageous things for Civil Rights?

Have you ever seen someone else treated unkindly or unfairly by others because they looked different, spoke a different language, or came from a different culture? How did it make you feel?

Have you ever stood up for something you believed in, even if other people thought you were wrong? What did you do? Was it hard to stand up for your beliefs?

Older Elementary Children (up to Age 12):

John Legend uses the word “justice” in his speech. What does “justice” mean to you?

Can you give an example of a time when you felt that something unjust was happening? How did it make you feel?

If you see something happening that you think is unjust, what are some things you could do to help solve the problem? Are there “right” and “wrong” ways to stand up for things you believe in?

What do you think John Legend means when he says “Selma is now, because the struggle for justice is now?”

Are there groups of people in the world right now who you believe are being treated unjustly? Why do you feel that way? Can you give examples of events that you think are unjust?

In his speech, John Legend mentions that a larger number of black men are in prison today than were in slavery in 1850. Why do you think he uses that example? Do you think he believes that prison and slavery are similar?

If you could choose one example of injustice in the world that you could solve, what would you choose? Why is it important to you?

We understand that some of these questions may be challenging for some families, while other families may want to carry their discussions about civil rights, race, and justice further. For deeper resources on covering these topics with your family, we recommend the following: