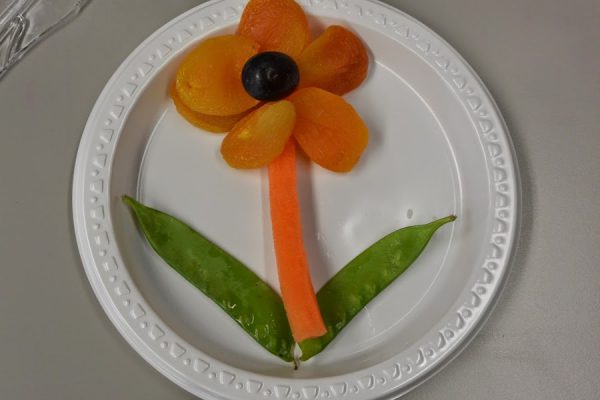 In an after school community building in Lynn, Massachusetts, Bob Stains and I met with ten grandmothers to talk about family dinners. This meeting is part of an ongoing weekly gathering of Grandparents Raising Grandchildren (GRG), organized by the State Department of Children and Families. These grandmothers are part of a growing demographic of almost 2.5 million grandparents who are the primary caretakers of their grandchildren.

This meeting, on a brisk April morning, focused on how to spice up conversation at the dinner table.  We started with a question to get the conversation juices flowing, a question that offers a change from the tired one: “How was your day?” Instead, we asked each woman to tell ‘a rose and a thorn’, or a positive and a negative moment in her day so far. (I’ve read that this is also how the Obama family gets conversation going at dinner). One grandmother volunteered that her 2-year-old grandson had sung a made-up song and twirled around with a stick, a dance that made her laugh. This ‘rose’, however, had a ‘thorn’—he had pounded the stick into her toe so forcefully that she was now sporting an old sneaker, roomy enough to accommodate the swelling she had developed from his exuberant dancing.

Since grandparents are the source of so many family stories, and because children who know their family history grow up to be more resilient, we next concentrated on storytelling. Each woman selected a card that had a story suggestion on its back—For example, tell a story about an animal, about overcoming a challenging event, about moving to another city or country, or about a job. There were more prompts: Tell a love story about you or another family member or tell a story about yourself when you were the same age as your grandchild. One woman told a story about a recipe: In making a punch for a gentleman caller, she accidentally stirred in a cup of salt instead of a cup of sugar, and she never saw the prospective suitor again!

We also played a conversation game with the women, asking each one to state two truths and a tall tale. Then the other women had to guess which was the tall tale. This game, like ‘the rose and the thorn’ conversation starter and the story-telling prompts, are all ideas that the women could bring back to their dinner tables.

But the highpoint of the morning occurred when the women walked over to a table we had laid out with a cornucopia of food, and we asked them to play with their food. 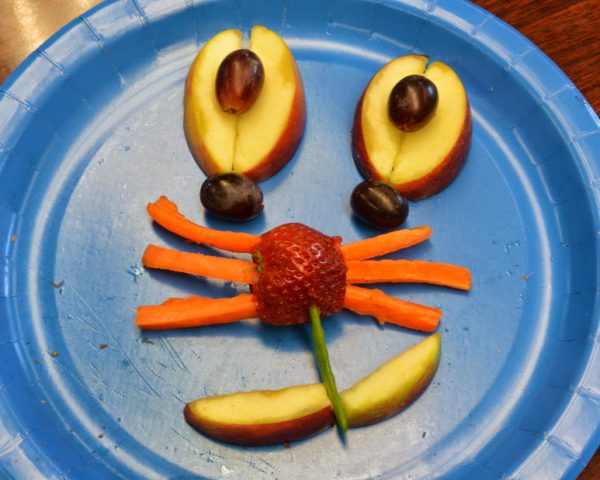 Each woman selected an array of fruits and vegetables, and then proceeded to create pictures with this food. Spurring each other on with words of encouragement and giggles, the women quickly formed faces, flowers, animals, little cars, and boys on skateboards. After admiring each other’s handiwork and taking pictures, they then proceeded to eat a healthy morning snack. 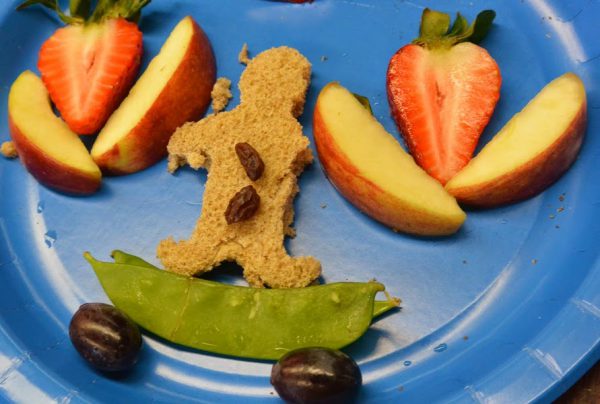 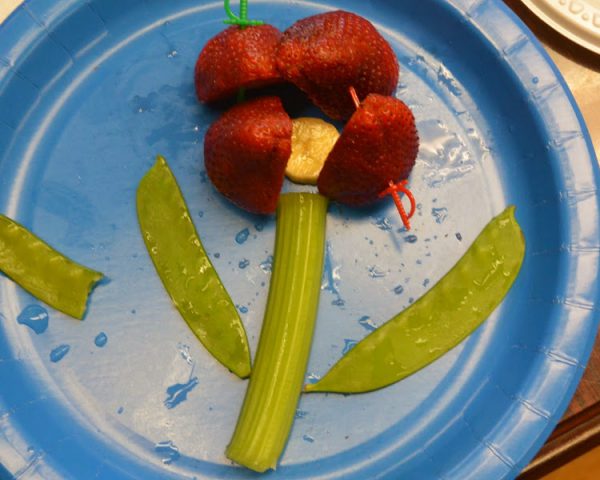