On hotels, the homeless and humility 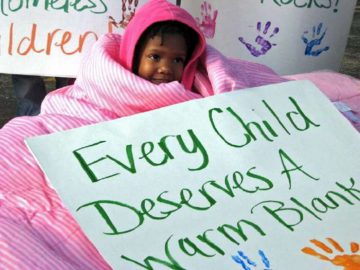 Delaware’s Hotel du Pont made a big mistake when they reneged on a Christmas reservation for a group of homeless people. Fortunately, thanks to folks on social media, the story has a happy ending. Read the full article and choose from the conversation starters below to spark a rich discussion:

Do you know what it means to be “homeless?”

What would you miss the most about home if you were homeless?

The man who booked the hotel room said he wanted to give the (homeless) group a treat on Christmas—a warm bed and a hot shower. If someone you cared about lost their home, what might you do for him or her?

Imagine packing a backpack for a homeless child. What would you pack for him or her?

The hotel apologizes in the story for a bad decision. Think of a time you said you were sorry. What happened? How did it feel to apologize?

As the article states, the hotel reversed its decision after a “social media backlash.” In what other situation(s) have you witnessed the power of social media change something for the better?

Why do you think so many people end up homeless?

Do you think we should help homeless people that we don’t know? Why or why not? If yes, how?

According to the story, the hotel cancelled the group’s reservation because they were concerned about the safety of other hotel guests. Do you think that was fair? Would you feel unsafe staying at a hotel with homeless people?

Would an apology have been enough – or do you think the hotel did the right thing by offering free rooms to other homeless people?

Think of a time you had to apologize for a bad decision you made. What happened?

Tech, Talk and Turkey
CVS: Selling health, not cigarettes
Operation Family Dinner
How to Talk to Kids About Sex and Intimacy