Nurture your child to change the world

Every so often we feature profiles of other organizations doing important work. We recently talked to Vipin Thek, Assistant Director at Ashoka’s Youth Venture, about how parents can nurture their children to be changemakers. Ashoka is a 30 year old, global nonprofit organization supporting the world’s leading entrepreneurs. There are over 3,000 Ashoka fellows creating solutions to entrenched social problems in 60 plus countries around the world.

First, what does the term “changemaker” mean?

A changemaker is anyone who, through his or her own idea, takes initiative and causes positive change for the greater good. Ashoka’s Youth Venture has been investing in young people’s ideas to create social change, globally, for the last 10 years. We have learned that people who end up being powerful Changemakers had their first experience as leaders when they were teenagers. 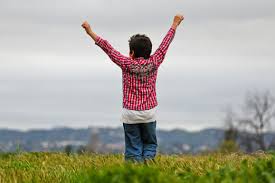 Keep in mind, 60 percent of the jobs in the next 10 years haven’t even been invented yet. In the past careers were stable, linear and singular. People chose one path and pursued it over the course of their lives form college to retirement. Careers are now complex, specialized and ever evolving. Our children need different skills to prepare for these future jobs. They need skills that will allow them to work empathically with a team to solve problems.

What exactly are these skills?

We’ve identified empathy, entrepreneurship, leadership and teamwork as the four critical skills necessary for changemaking success, and for the wellbeing of society. By realizing their own power to catalyze change, children learn that status quo is not life; that our collective success—as individuals, institutions and as a society—increasingly depends on our ability to be changemakers, equipped with the skills and mindset to see through problems to solutions.

It used to be that power was concentrated in the hands of an elite few, and success for everyone depended on their ability to perform repetitive function work. As change accelerates in the world, everyone has a powerful role to play. In this new world, success depends on these four key skills that allow one to collaborate and lead, see beyond silos to adopt new perspectives, problem solve quickly, and drive change.

And so the Parenting Changemakers program was created to help nurture young changemakers?

Exactly. Parenting Changemakers is a six-week program designed to help parents support and foster in their children those changemaking skills noted above.

About a year ago, we launched five “parenting circle” pilot programs in four cities around the United States to test out the program. In these circles, a small group of parents meet once a week for six weeks with an Ashoka Youth Venture trained facilitator to discuss a particular topic. They pose solutions to questions such as how do we model the use of empathy, leadership, problem solving and teamwork in our parenting and our day-to-day lives? 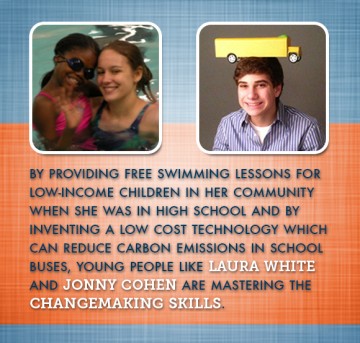 The program is grounded in the idea that children learn by modeling their parents. In other words, changemakers are not necessarily born—they are shaped by specific experiences and influences in their childhood. We believe that parents play a large role in creating leaders who see themselves as part of the solution and have the empathy and initiative to move their passion into reality.

What can we do at the dinner table to help create changemakers?

Empathy is one skill that can certainly be nurtured at the table in simple ways, such as sharing different world cuisines with your children, interviewing grandparents, or by parents modeling empathy themselves. It can also be a conversation about causes or people you and your children care deeply about. It’s a good place to start.

Read more about how to foster empathy at the dinner table.

Are you interested in being a Parent Change Leader and starting a Parenting Changemakers group in your community? Write to tvipin@ashoka.org for more details.