An Offer of Refuge

Please Note: Due to its sensitive nature, we recommend this Conversation of the Week for ages 9 and up. 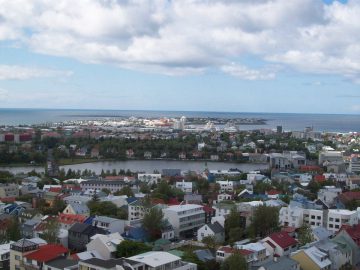 As the current Syrian refugee crisis worsens, countries across the globe are scrambling to decide what they’ll do to help — or if they’re able to help at all. Some governments, such as Hungary, have declared that they intend to build a wall to keep the migrants at bay. Others, like the United States and several other UN members, have offered to allow a specific number of Syrians to enter the country.

Iceland, a tiny nation of only 300,000 people, was one of the countries offering to take a certain number of refugees. The Icelandic president declared that his country would open its borders to 50 Syrian migrants. However, the people of Iceland had other ideas. Shortly after the President’s declaration, over 10,000 Icelanders took to the internet to open their own homes and provide offers of hospitality to Syrian families and children.

Read more about the Icelanders’ offers of refuge, then talk about the situation with your family:

Why do you think the President of Iceland only offered to allow 50 people to come to his country at first? Do you think his offer was reasonable? Why or why not?

Do you know what the word “refugee” means? How about “refuge?”

If you were the leader of your own nation, how would you handle a situation like this one? Would you build a wall? Invite people to come and stay in your country? Do something else entirely?

Have you ever been in a situation where you needed help and you felt that no one was willing or able to help you? Explain. What was that like?

Can you think of any other events in history that have similarities to this one? Do you know of people in your own family tree or others who have been refugees or affected by similar events?

Why do you think the people of Iceland defied their President and offered homes to more of the refugees? Do you think that people in your community would do the same thing? Why or why not?