Meeting Moms Where they Are

Posted on: April 25th, 2013 by The Family Dinner Project Team 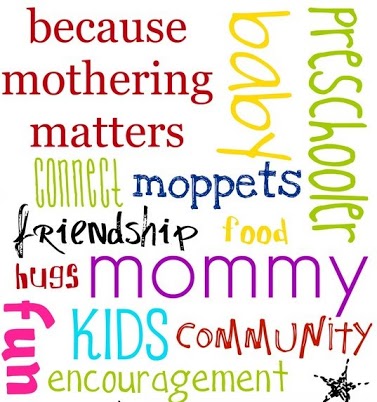 Stephanie Giampa, mom to a three-year-old daughter and pregnant with her second child, knows how hard it can be to make family dinner a reality.

“My husband works late,” she explains, “so although I’d like us to, we rarely eat dinner together. Instead, I eat dinner with my daughter only, and  I’ve just started trying to have dinnertime conversations with her.”

Part of Stephanie’s motivation to spark more conversations with her daughter stemmed from a parent workshop delivered by members of The Family Dinner Project (FDP) to a dozen moms at her local Pelham, New Hampshire MOPS, or mothers of preschoolers, group in early March. MOPS groups are part of the organization MOPS international, whose mission is to bring communities of peers together to support each other during “this unique season of early motherhood.” Currently MOPS International serves nearly 100,000 moms in over 3,000 groups across the nation and over 30 countries around the world.

“The Family Dinner workshop focused on having conversations at the dinner table,” says Stephanie. “Things like how do you get the conversation started, and how do you keep it going, particularly when you have kids of different ages at the table.”

The workshop was the second time Family Dinner Project Director John Sarrouf and Project Organizer Grace Taylor, MSW, visited with the Pelham MOPS group. “Our goal in talking with members of these groups is to meet parents where they are both physically and emotionally/mentally, and do what we can to help make family dinners easier and more meaningful,” says John. To date, FDP has also conducted workshops with MOPS groups on the North Shore, and in Quincy and  Cambridge, Mass.

“Since my family can’t be together for dinner, John suggested having breakfast together might be a good alternative,” said Stephanie. “I thought that this was a good idea. It was nice to hear from both the “experts” and the other moms there about what works for them, and to be reminded why talking with our kids is so important. I think John and Grace really helped us all to think outside the box.”

To end the workshop on a fun and fruitful note, the group made a meal together. Sort of. Since there are so many allergies in the group, each mom brought her own supplies to prepare a lasagna—a take-home meal she could throw in the oven later for one hour. Although they worked separately, they talked throughout.

“It was a really great experience,” says Stephanie of the workshop. “Refreshing all around.”

As for her dinner conversations with her daughter, Stephanie reports they’re going well. “We talk about what she did that day at school, for example. Pretty simple stuff. But it’s a start.”