Q: What do Watertown, Massachusetts  and Red Bank, New Jersey have in common?

A: A growing community of families sitting down to share a meal.

The Family Dinner Project recently reached out to the Community YMCA in Red Bank, NJ, after reading an article about their efforts to bring families together over a meal. The Community Y has been hosting community dinners for families since The National Center on Addiction and Substance Abuse at Columbia University (or CASA’s) national Family Dinner Day in September. The dinners continued, and families gathered after the community was rocked by Hurricane Sandy in October and again in late February.  While traveling from Boston to New Jersey for dinner seemed a little ambitious, we realized there were other ways we could support each others’ efforts around family dinner. 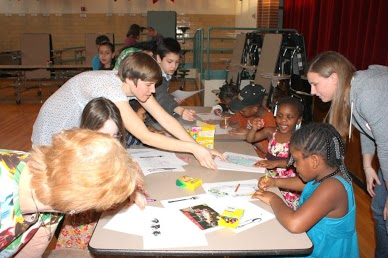 And so, the placemat exchange was created. Families at the Y decorated place mats with crayons and markers as they gathered for their third family dinner on February 20th. The placemats were bundled up and sent to The Family Dinner Project, in time for our mid-March community dinners with Watertown Public Schools. The children at the Watertown dinners decorated more plac mats for the Red Bank community, which will arrive in time for their next community dinner in April. 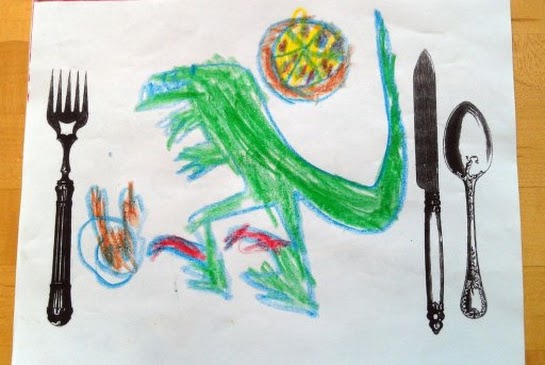 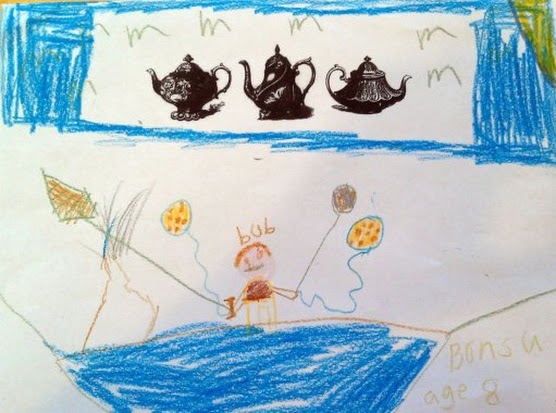 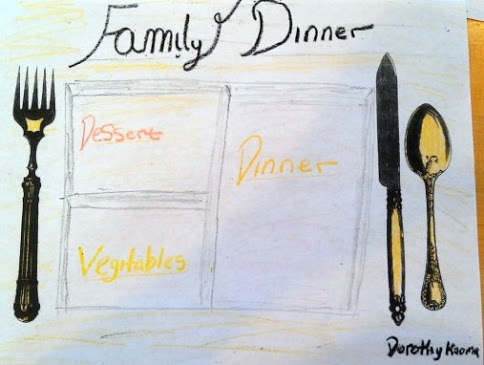 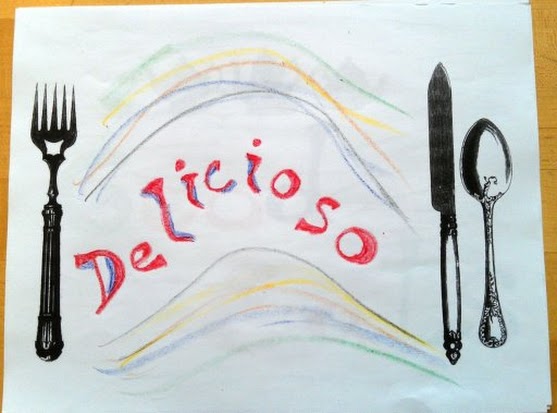 As you can see, the placemats were bright and colorful, and the children at each dinner had a blast scribbling (or, should I say rather, designing) masterpieces. Some chose to include messages to the other diners, while others kept it simple.

To the kids, this was a fun activity that fell between dinner and dessert. But to me, these placemats (and the photo of the Red Bank community gathering for dinner, below) signify something more powerful: There are groups across the country (and the world!) bringing families together to share in the joy of a simple, healthy meal. And we are all in this together. 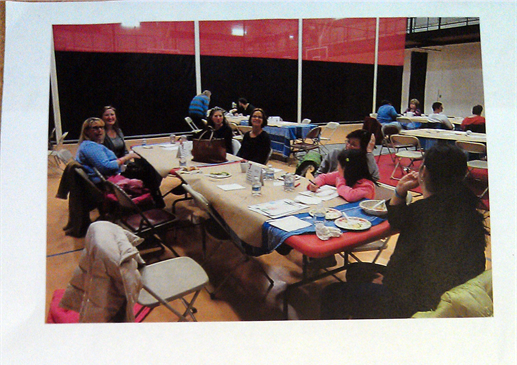