Building Resilient Kids, One Story at a Time 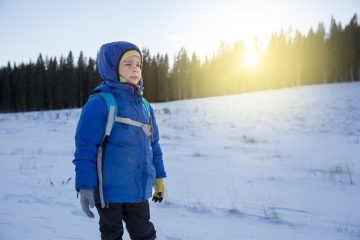 For me, the best part of being a family therapist is hearing family stories. These are the intimate, sometimes painful, often hilarious connecting threads in the fabric of a family’s identity.

For kids, it’s fun and interesting to hear their relatives’ tales of daring deeds, of mischief and heroism, of triumph over adversity, and of getting through life’s rough patches. These stories can amuse, inspire, and expand for children the repertoire of what is possible in their own lives. During the last decade, research has also uncovered an extra bonus to the benefits of family storytelling: According to data from Emory University’s Center for Myth and Ritual, children who grow up knowing their family’s stories are more resilient and suffer from less anxiety and depression. It’s like learning that eating dessert is good for you!

Over the years, in my work with families as a psychologist, I have fielded several questions about the connection between sharing family stories and mental health. Here are the questions I am most frequently asked:

I don’t think my preschool-aged kids would want to hear about their parents’ romance or first job experiences. What kinds of family stories are engaging and interesting to young children?

Young kids tend to be egocentric, so some of their favorite stories will be ones that feature them, or stories about events they experienced with you. But, you can use that egocentricity to guide you in your selection of family stories. For example, think back to when you were the same age as your four year old and tell a story that happened when you were the same age. Perhaps you remember your first day of school, or the time you got lost in a department store, or got stung by a bee. Maybe you remember stories about your parents when they were small children. Another possible treasure trove of stories includes those involving animals, since most young children identify with small, dependent creatures.  My children’s favorites stories included their grandfather’s tales of racing tortoises on the Galapagos Islands during WWII, as well as their grandmother’s story of a beloved cocker spaniel who somehow wrote “letters” to her once a week even after he was sent away to live on a farm.

My family has experienced a lot of trauma, mental illness and tragedy. I don’t want my children to feel burdened by this history, so I’ve just left it out. Is that OK?

The problem with not telling important parts of your family’s history, particularly the painful parts, is that secrets have tremendous power. Children often sense that there is something they aren’t being told. In an effort to make sense of a mystery, they often make up material, sometimes creating an even worse story. Children who live in families where there are secrets will also grow up with the belief that there are things too terrible to speak about, and this can be a real burden.

That said, one must be sensitive to a child’s age when sharing difficult stories. I would never suggest telling a young child (younger than 12 is general rule of thumb) a frightening story about her parent’s childhood. And, while the question of when to tell a frightening story to a child is important, the question of how to tell such a story is also critical. Stories about traumatic events can highlight resourcefulness and can show ways that a family member overcame adversity. Take Justice Sonia Sotomayor’s memoir My Beloved World for example. Sonia describes the difficulty of receiving a diabetes diagnosis at age seven, while living with an alcoholic father and a mother so angry at her husband that she stayed away from home as much as possible. This story could have been told simply as a tragedy, with one terrible thing happening after another, but instead Sotomayor shares how as a young child she realized that she had to take over her own diabetes care. In this act of precocious self-reliance, she developed the determination and self-discipline that would springboard her later success. Like Sotomayor, when parents tell painful stories, they can try to weave into the telling a lesson learned, or something good that came out of their challenges.

Interestingly, sharing these types of stories may also benefit the adult storytellers. In one recent study, researchers discovered that adults who told stories of how something good came from something bad showed higher levels of well-being.

I’ve read that the more children know about their families, the greater their resilience. Could you offer questions my kids should know the answers to so that I can be sure they get this benefit of knowing about their family history?

You may have heard that researchers developed a 20-question measure titled “Do you know?” to test children’s knowledge about family history—knowledge that they could only have learned through hearing family stories. Children who scored high on this test tended to come from families that function better; demonstrated low levels of anxiety and depression; and held the belief that they could control their own fate. But the key ingredient wasn’t that these children simply knew more facts about their families. Instead, the connection between family stories and resilience is that families who share such stories value sitting down together and listening to one another without distraction. The key then is to create opportunities around the dinner table when parents and grandparents can tell stories, without competition from TV and texting. Moreover, what makes families stories so powerful is that they transmit the idea to children that they are part of something bigger than themselves, and that their identity extends to previous generations. Having what some researchers call “the intergenerational self” expands the universe of stories that can inspire dreams or hint at different paths and at possibilities that one’s own limited life experience doesn’t yet contain.

So, sit back in your chair, pass the string beans, and start telling some stories about your childhood, about your parents’ romance, or about a time when you were scared, or a time you laughed so hard you thought you’d burst. Tell a story because it’s fun and because you’re building your children’s resilience, one tale at a time.

A Solution to Resolutions
Family Dinners are Great for the Body and the Soul
Play with Your Food, Not Your Video Games
How to Make your Toddler an Adventurous Eater and Cooperative Diner