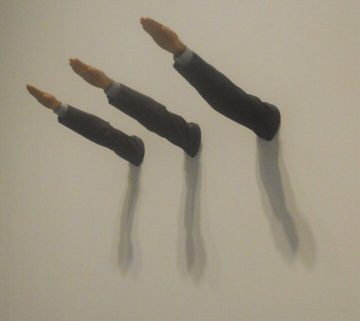 Students at a Tennessee elementary school recently got a big lesson in history class, but it may not have been the one that their teachers intended.

As part of a “Living History” unit, fifth-graders were assigned to research and act out the roles of various historical figures. During the lessons, one student was asked to portray Adolf Hitler, and the children were taught how to give the Nazi salute (also known as the “Sieg Heil” salute). One fifth-grader was upset by the use of the gesture and stood up to classmates and teachers, but other kids continued to use the salute even outside of the living history classes. The student who asked others to stop was sent to the principal’s office for being “disrespectful” in class.

While the school did eventually respond to concern about the incidents with a statement that they would be ending the use of the Sieg Heil salute as part of the living history unit, and had intervened with the fifth graders to explain that use of the gesture is offensive, some parents are still questioning why the children were encouraged to use it in the first place. Others wonder why a student was deemed “disrespectful” for insisting that classmates stop using a gesture with such an emotionally charged history. What does your family think about the situation?

Talk about this incident with these conversation starters for tweens and teens:

School Days, Cruel Days
What to Expect from the Post-COVID Transition
Hey, Who Changed my Shirt?
Connecting School and Home for Better Family Dinners