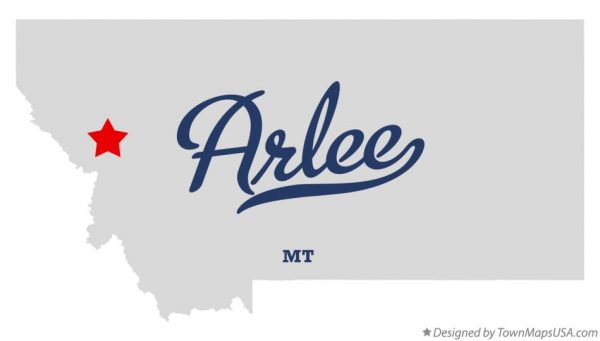 We’re pleased to be able to introduce you to Mary Stranahan, who along with her co-organizer Makenzie Felsman is helming the Arlee Community Development Corporation in Arlee, Montana. As part of their ongoing efforts to support the residents of Arlee, Mary and Makenzie are partnering with The Family Dinner Project to host regular community dinners. Mary shares a bit about their experiences in this interview.

Residents of Arlee, Montana, as participants in a program led by the Arlee Community Development Corporation. Mary Stranahan and Makenzie Felsman are the co-organizers of the Arlee CDC and further partnered with Friends Forever Mentoring, the Tribal Health Department and the University of Montana for aspects of the community dinner series.

From October 2018 through April 2019, the Arlee Community Development Corporation held monthly community dinners for local residents. The dinners were supported through grant funding from the Lower Flathead Valley Community Foundation and Headwaters Foundation, and utilized event resources and training from The Family Dinner Project.

The monthly dinners were held at the local school cafeteria, with food cooked and served by the cafeteria staff. Other community partners assisted with the dinners as well. “We partnered with Friends Forever Mentoring (a local spin-off of Big Brothers Big Sisters) to help entertain the kids during dinner. They provided a craft table and also some spare warm clothes and food. We also partnered with the Tribal Health Department to offer flu shots and A1C testing. The University of Montana presented their SELA project that they were launching at our first dinner,” Mary says.

During the dinners, parents were provided with information sessions and resources from The Family Dinner Project to help them carry over some of the food, fun and conversation ideas from the events to their homes. That wasn’t the only take-home benefit! “Each dinner lasted about two hours and we would distribute leftovers if there were any. Our cooks frequently over produced food so usually people left with food.”

The Challenges and Lessons Learned

“We probably should have done more separation of parents and done more problem solving but mostly the dinners were a mad house of activity with lots of little ones,” Mary shares, adding that acoustics in the cafeteria were a problem that needed to be addressed. The addition of a microphone and amplification system helped things to go more smoothly.

Attendance was another interesting lesson learned. Each month, the attendance would range from 20 participants to 90. Mary says the takeaway is “never schedule a dinner that’s in competition with a basketball game!” However, she adds that about 90% of the attendees on any given night were members of the Native community, which signaled to the Arlee CDC that they were reaching “the right population” in an area where the community at large is mixed Native and non-native.

The Takeaways and Next Steps

If they were to hold the community dinner series again, Mary says she’d pay closer attention to finding solutions to help people put down their devices during meals. However, “I think people needed the food and liked the community event.” In recognizing that so many of their regular participants were Native families, Mary hired an indigenous chef to prepare a dish for each of the final four dinners, which was well-received by the families in attendance.

“Our impression is that this is a hungry valley,” Mary shares, going on to say that the experience of producing the community dinners has sparked the development of a Community Food Assessment process. The Arlee CDC hopes that the results of the assessment will help them pinpoint more effective solutions to address hunger in the community.

Mary says the community dinner series was “fun to do, well-received and sprouted a clear need.” But in addition to the forward progress they’ve made in learning more about the community’s needs, one fond memory sticks out: Watching a 4-year-old guest proudly serve his dessert masterpiece to his family.

Would you like to learn more about bringing The Family Dinner Project to your community? Contact us.