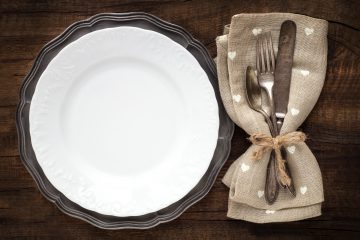 It was a week or two before eighteen-year-old Alec was heading off to freshman year at college.

“We were in the car together,” recalls Suzanne, his mom, “when he suddenly announced that he ‘really wanted to have Thanksgiving at our house this year.’”

Turns out, Alec not only wanted it at the house, he wanted to be in charge of the event. He already had a specific menu in mind, and an agenda.

“He immediately started thinking about what everyone’s strong suits were and how they could contribute,” said his mom. “He’d say ‘this person’s good at pie’ or ‘I really like Aunt Karen’s turnips’… so that’s what she should bring.”

Perhaps the anticipation about college was getting to him, Suzanne suspected. By planning for Thanksgiving, he’d have something to look forward to in a couple of months. And he’d stay connected in a small way to the family dinner ritual he’d grown accustomed to over the years.

“Alec has always loved to cook. Both he and his older sister Nicole were always in the kitchen with me, cooking and baking. And up until recently, we would have dinner together almost every night.”

Suzanne says she always felt it was important to spend that time together. “Especially when everyone had such busy schedules and my husband had his own business. The dinner table became a place where we could come together and reconnect each day. It was a foundation for us.”

And she recalls that her kids enjoyed coming to the table. “Everyone seemed to look forward it,” she said. “Even my son with ADHD. It was just what we did; eat dinner, read books, go to bed.”

It helped that Suzanne always came prepared for challenges, like the ‘dead silence’ scenario. “I’d ask questions about their day, but I always knew to avoid yes or no questions. And I really thought about what kinds of questions would bring things out, which meant paying close attention to what was going on in their lives.”

Another challenge that Suzanne remembers was when her daughter went through a picky stage. “She’d eat one specific food for six to eight months. For example, there was a time she would only eat pasta with red sauce. When I spoke with our doctor, he said ‘if you put what everyone else is eating in front of her, she’ll eat it.’”

While that tactic might work for some kids, it didn’t work with Nicole.

“I finally decided what does it matter if she eats the same exact food for several months? I’d rather have that than have all this tension at the table by trying to get her to eat something new. But I believe there has to be one block of time together where things are calm and people feel comfortable. And eventually, I’m happy to report, she did eat something new.”

Turns out, both of Suzanne’s children are pretty healthy and diverse eaters these days. And it appears they miss their family dinner tradition: “Alec complains about the food at school, and Nicole doesn’t like to eat alone. She’ll call if she’s sitting alone and talk with me. It’s difficult, but I really believe if you turn dinner into a relaxing ritual for everyone, it will be well worth it in the long run.”

And as for that special Thanksgiving dinner? “It turned out great. Alec even carved the turkey. And the whole experience made me feel really good—like it was his way of saying that he’s really enjoyed my cooking and being with his family. It meant a lot to me.”

Suzanne Lang works for the Poses Family Foundation (PFF) where she is the parent and partner advisor for Understood, a cutting-edge digital destination for parents of children with learning and attention issues. Prior to joining PFF, Suzanne was a program associate at the Emily Hall Tremaine Foundation, leading their learning disability initiative. She also established a local support group for parents as well as an advisory board to special education in her community. Her son Alec is the inspiration behind her deep involvement in the learning and attention issues field.

If you  have an interesting or inspiring family dinner story you’d like to share on our blog, let us know!

You Can Hate to Cook and Still Love Family Dinner
Things I've Learned About Family Dinner With a Toddler (While Sheltering in Place)
Another Benefit of Dinner Conversation: Literacy
A Gift for the Future
ADHD college kids family dinner stories