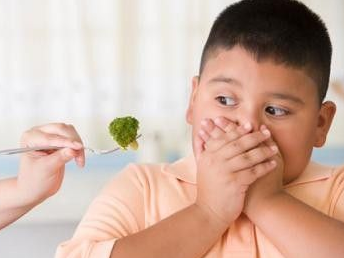 One of my young adult sons called me recently to rave about a Japanese dinner he’d had with his brother.

“What was the best part of the meal?” I asked. After a pause during which I could almost hear him salivating, he said: “Either the beef tartar topped with raw quail egg, or the raw Kobe beef served with raw urchin. Can’t decide.”

My first thought was, “How disgusting.”

And then, in a more contemplative mood, I wondered why are my sons’ palettes so much more adventurous than mine, when they share my genes and grew up with my cooking? 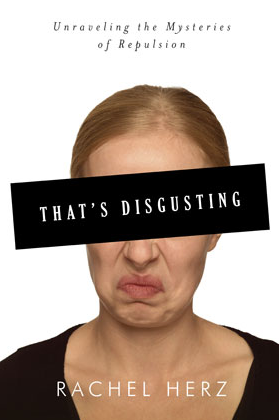 I was fascinated to read Rachel Herz’s recent book That’s Disgusting for some clues. She argues that a big part of what we find disgusting we are taught in the particular culture we grow up in. Most cultures have a fermented delicacy that most members of that culture revere but people outside the culture may find repulsive: Like shark corpse left to decompose for several months (Greenland), or Chicha, a blend of boiled maize and human saliva (Ecuador), or maggot cheese, swarming with live insect larvae (Sardinia). People from other cultures may turn up their noses at our smelly blue cheese, complaining that it smells like dirty socks.

But, my sons were raised in the same cultural setting as I. So why can they eat raw meat and raw eggs, while I feel queasy at the very idea?

One answer came from another study that looked at more than 5000 pairs of twins, ages 8-11, and found that food pickiness is mainly inherited. In fact, the lead author, Lucy Cooke, found that 78% of food aversions are genetic, while only 22% can be attributed to environmental factors such as the level of tension at the dinner table or the way new foods are introduced or the quality of the cooking. Perhaps, my sons’ taste buds were inherited from their father, who will try anything and finds almost everything delicious.

Given that much of food pickiness is hard-wired, I still wondered what parents can do with that 22% that has to do with nurture, or with environmental factors. What can parents do to coax a picky eater, or encourage an adventurous one? Here are some ideas culled from several research studies:

• Children like what they know, and the best time to make them familiar with a wide range of foods is soon after weaning, or before age 2. When young children are introduced to a wide range of foods, they are more likely to maintain a more accepting palette, even during the fussy preschool years.

• Repeated exposure to a new food is much more effective in encouraging a child to try a new food than is offering a reward. In other words, better to tell a child, “Try a taste of the broccoli and eat as much as you’d like” rather than “Eat all your peas or no dessert.”

• According to an Australian researcher, Dr. Yolanda Martins, it is the texture of food —slimy, slippery and mushiness – which we find most disgusting. Martins claims that tomatoes, mushrooms and onions are the three most often rejected non-animal foods. So, if your child repeatedly rejects a food, you might try offering it in a different form with a less slimy texture. Puree sautéed mushrooms and onions into a soup and see if that renders the vegetables more palatable.

• Disgust, according to Herz, is the last emotion to show up in our developmental repertoire, after happiness, which comes first, anger at about four months, and fear or surprise at six or seven months. We learn disgust through potty-training, and it’s a positive evolutionary step since disgust protects children from ingesting toxins as they become more mobile and start to explore their worlds, often through their mouths. Food pickiness tends to peak during toddlerhood, so try to introduce a variety of foods before that time, and then try again when your child is older. Don’t label your child as picky — you may find that his or her taste buds become more flexible during school years.

Disgust sensitivity, according to Herz, will wane as we age. Maybe, by the time I turn 80, my sons can take me out on the town for a dinner that features raw eggs with uncooked pork sausage. But I doubt it!

Why I Went on Strike
Expert Roundtable: The Psychological Benefits of Thanksgiving Dinner
How to Make your Toddler an Adventurous Eater and Cooperative Diner
Building Resilient Kids, One Story at a Time