Three Strikes and You’re Out 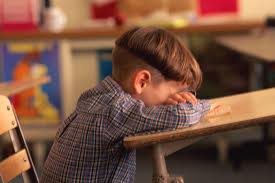 Usually this phrase applies to baseball. At an elementary school in San Antonio, Texas, however, it also applies to the late policy.

After six-year-old Brooke was tardy to school three times, the kindergartner was punished with a one-hour detention. Her parents, understandably, were upset. Although her mom offered to do volunteer work for the school rather than have her daughter sit in detention, the administration turned her down. In the end, Brook did her time by splitting it up over two days during her lunch period because she wasn’t able to stay after school when detention usually takes place.

Read the full story together here, and then see what your kids think. Some suggested questions are below.

The parents apparently signed a form agreeing to this late policy. Do the parents then have a responsibility to honor what they agreed to without complaint?

Would you change the tardiness policy if you were in charge? How?

How do they handle tardiness where you go to school? Do you think it’s fair?

What are your thoughts about lateness? Do you think being “on time” is important? Why or why not?

An Extra Tricky Extra Credit Question
Out of Orbit
Opening Doors to Kindness
Fumble or Touchdown?