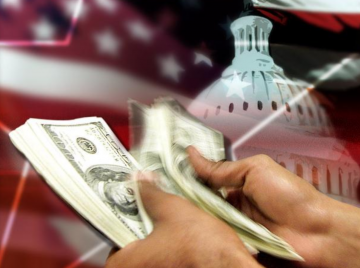 And then there are candidates who will spend large chunks of their own fortune, like Linda McMahon. She made her money through World Wrestling Entertainment and went down for the count not once, but twice — losing consecutive Senate races in Connecticut. By some estimates, she spent a total of more than $75 million, but still couldn’t win an open seat.

It seems ironic that this expensive election was mostly about how the government can be more fiscally responsible. Some questions to spark dinner conversation:

1.  Can you think of a better way to spend nearly $6 billion dollars?

2.  With the rules wide open on outside spending in campaigns, is there any way to reverse this trend?

3.  What responsibility do the candidates have when it comes to campaign spending?

4.  Politicians claim they are constantly fundraising. Do you think that discourages some people from entering politics?

Dinner and a Movie: Holiday Movies to Watch as a Family
A Big Bully's Punishment
A Most Valuable Dinner Conversation
Standing Up: Soccer Players Defend a Teammate