An Extra Large Error in Judgement? 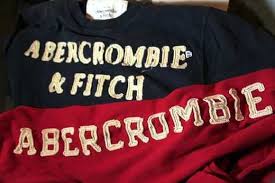 You can’t help but wonder what Abercrombie & Fitch CEO Mike Jeffries was thinking when he made the following remarks as to why his stores don’t sell women’s size XL clothing:

This quote was pulled from a 2006 Salon.com interview that resurfaced last week and went viral, garnering angry reactions from many people. For example, Greg Karber, a Los Angeles filmmaker, made a short documentary  called #FitchTheHomeless, in which he visited Goodwill stores searching for Abercrombie & Fitch clothing to buy. Then he gave the clothes away to homeless people and shelters, saying he was “rebranding” the company.

Whether your kids are Abercrombie & Fitch fans or not, they may have something to say about this brewing controversy. Here are some questions to get your discussion started:

Justice for Justin: What do you Belieb?
Are we Making too Much about Miley?
Student Secrets
A Book By its Cover