Whether it’s a short made-for-TV classic like “Frosty the Snowman” or a feature film like “The Polar Express,” many people have a favorite movie (or two) that gets them into the holiday spirit. And while most of us watch those movies for their heartwarming messages and humor, some of us — like The Family Dinner Project Team — are also keeping an eye on the holiday dinner scenes many movies contain. Here are five classic Christmas movie dinner scenes we think could use some of our expert help. 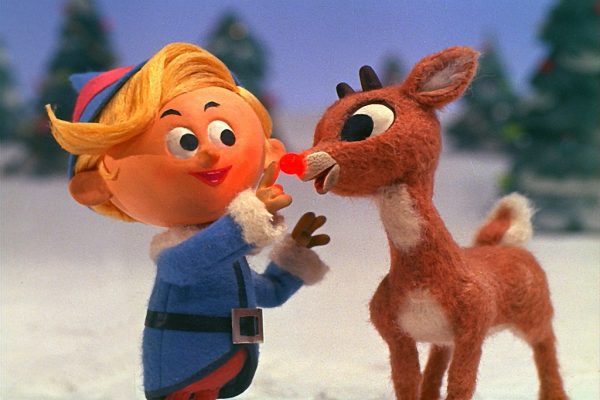 More than once in this Christmas classic, Mrs. Claus tries to encourage Santa to eat. “Nobody likes a skinny Santa!” she chides, practically chasing Santa with a forkful of food. Santa, on the other hand, is not only uninterested in eating — he’s downright distracted! He spends his mealtimes reading weather reports and checking the naughty and nice lists.

Mrs. Claus, we know your intentions are good, but research shows that pressuring others to eat usually backfires and creates pickier, less engaged eaters. Plus, to be honest, we’re not really into the body-shaming you’re throwing at Santa here. Experts usually recommend emphasizing healthy habits instead of talking about weight. And Santa, we know you’ve got to check your lists twice and everything, but bringing work to the dinner table is not the answer! Don’t you have elves who can help with that?

If you’ve seen the movie, you probably think we’re going to talk about the maple-syrup-on-spaghetti dinner scene. But actually, there are some good things going on in that (very, very weird) family dinner: Emily is working pretty hard to keep a meaningful conversation going despite some obvious tension at the table, and Buddy’s eating preferences — including his love for syrup — are basically respected.

We’re focused on an earlier dinner table scene where Walter, troubled by work, comes to the table late. He fills a plate and tells Emily he’s planning to eat in his room because he has a lot of work to catch up on. 10-year-old Michael then asks to take his food to his room as well. “Why not?” he challenges his mother. “Dad’s eating in his room.” Emily holds her ground and makes Michael stay at the table to “talk about his day,” but Michael’s not buying into the conversation.

Walter, we know things are rough, but avoiding your family and eating dinner alone sets the wrong tone! Enjoying some food, fun and conversation with your wife and son might go a long way towards relieving some of your stress. And Emily, we love how hard you try to make family dinners great for everyone in your household, but facing down your moody preteen with “How was your day?” is one of the fastest ways we know to stop them from talking. A more open-ended conversation starter or even a light game like “Higglety Pigglety” might have pulled Michael out of his sullen mood. 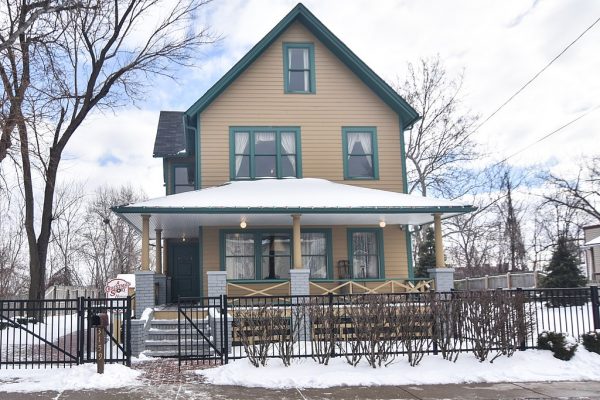 In this holiday classic, the family sits down to meatloaf and mashed potatoes while the narration begins “My kid brother had not eaten voluntarily in over three years….”

From beginning to end, the scene is full of family dinner missteps. Dad’s reading the paper and not interacting with the family at all. Mom’s getting up and down to serve everyone, instead of getting some much-deserved help from the rest of the family. There’s lots of pressure and guilt: “Starving children would be happy to have that,” “I’ll give you something to cry about!” and “Stop playing with your food!”

Mom and Dad, you’d probably benefit from knowing that letting Randy make his mashed potato sculptures actually increases the likelihood of him willingly tasting new things. When Mom finally encourages Randy to “eat like a little piggy,” it might be effective, but it goes a bit too far — a face full of food and the possibility of Randy choking on his mashed potatoes while laughing are both dinner table turn-offs. Maybe next time you could all make food collages together, which would get Randy helping with the meal and might make him more willing to eat something without having to smash his face into the plate.

Ah, yes. Dinner at Denny’s, in the “Dads who burned the Christmas Turkey” section. We definitely feel some pity for poor single father Scott, who’s doing his best to salvage the holiday meal by taking son Charlie to the only family restaurant he can find on short notice. There are few feelings worse than disappointing your kid at the holidays, and as Charlie discovers that Denny’s is out of eggnog, chocolate milk and hot apple pie, it’s hard not to sympathize with both him and his desperate dad.

So where did things go wrong? When faced with a seriously downcast kid on Christmas, Scott, you’re certainly doing your best. But we’d recommend having a few conversation starters or table games at the ready to help turn the situation around. A round of “Would You Rather?” might perk up Charlie’s spirits, or a game of “Name that Tune” with holiday carols. Pretty much anything you could come up with would be better than a halfhearted “Well, this is nice,” delivered after Charlie sadly places his order for plain milk. 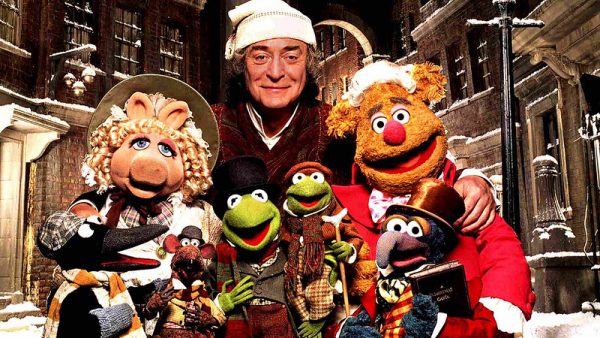 In this version, the Cratchit family — Kermit the Frog, Miss Piggy and a host of little piglets and froglets — sit down to Christmas dinner together. The goose and trimmings are the Cratchits’ “happiest single moment of the livelong year,” so it’s an extra downer when Mrs. Cratchit spoils her husband’s toast with a tirade against Scrooge.

Miss Piggy, as much as we love your impulse to defend your man (um, frog), this scene is sort of the Dickensian equivalent of bringing up politics at the family holiday dinner. No matter how justified you might think your opinion is, or how much you feel others may agree, serving up a big helping of negative commentary is a fast way to ruin the mood. We offered some strategies for getting out of heated discussions about current events at Thanksgiving, and they’re still just as useful for any big holiday gathering. Maybe the whole Cratchit family could use them next time you sit down to enjoy your goose!

We’re just having fun, of course, but these holiday dinner scenes are a good reminder that even during this festive season, mealtimes can’t always be picture-perfect. Cooking mishaps, tense moods, poor conversation choices and frustrations with picky eating aren’t just going to disappear because it’s December. But if we’re willing to let go of “perfect” and focus on making the food, fun and conversation happen despite the obstacles, all of our meals — holiday and otherwise — have the potential to become memorable family dinners.