#Giving Tuesday Serving up a cure 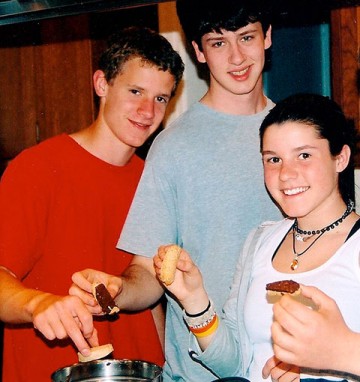 When my mother died after a long struggle with cancer, I wanted to DO something that could help stop this disease from claiming more lives. The idea of biking, running or even walking to raise money and awareness didn’t really appeal to me. But I thought of all the bake sales I had cooked for over the years to raise funds for my sons’ schools, and it occurred to me that cooking was more my speed. My sons were also reeling from their grandmother’s death. I thought they might benefit from taking an active role in stemming the tide of cancer and cooking was a medium of expression that we loved to do together.

So, one afternoon I asked my teen-age sons if they’d like to make portable dinner parties. The idea was simple: people could buy the dinners, we could cook and deliver them, and the proceeds would go to the Dana Farber Cancer Institute in Boston. They loved the idea, and so we began ‘Serving up a Cure,’ –or, dinner parties to-go. They wrote emails to their friends’ parents, designed a menu and purchased restaurant-size aluminum containers for transport. Then they called up their friends, and before I knew it the kitchen was chock-a-block with teenagers chopping, cutting and assembling dinners in a box. 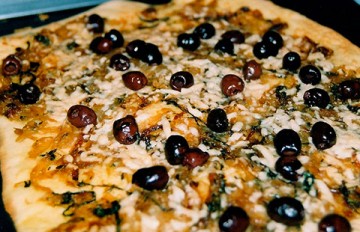 My sons wrote the menu, which may have promised slightly more than it delivered. It featured

We made dozens of these dinners and charged $50 a person. We raised thousands of dollars and, in the process, had a blast. I think my children learned about the deep satisfaction that comes from contributing to something bigger than themselves. Together, we had the experience of doing good in the world while having a good time.
Many months later, an unexpected envelope arrived from Dana Farber with 4 tickets to a Red Sox game as a thank you for the fund-raiser. We didn’t need any thanks—the pleasure of cooking together and making a positive contribution to breast cancer research had been reward enough.But we certainly enjoyed the game.