How to Beat Tension and Conflict from Your Family Dinner 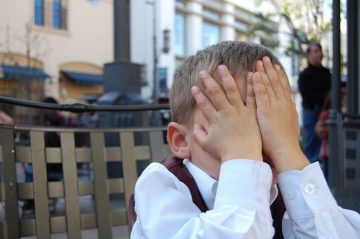 If you’ve spent time and care cooking a meal, the last thing you want is for tension at the family table to ruin appetites, generate stony silence, or prompt stormy exits.

That said, for some families, conflict at the table means that a lively discussion is afoot. Speaking in a forthright way about differing opinions can make family members feel that each person’s individuality is valued and that the table is a safe place to send out a challenge.

But if you want to tone down the tension at the table to make room for other types of conversations, here are some tips:

Agree to keep off the table topics that usually result in a fight.

It may be easier to discuss issues like grades, college applications, curfews, and behavior problems after dinner—on a full stomach, and once you’ve had a chance to reconnect. But…

Eliminating dicey content will not eliminate all conflict at the table.

Most kids can find things to wrangle about no matter how friendly the topics of conversation may seem to you. My sons often got into tussles with each other over who was taking up more physical space at the table. When tension rises, you can try asking everyone to hit the pause button: “Let’s all take a deep breath, or step away from the table for a minute.” Alternatively, you can ask your child if there is anything that’s irritating him or making him feel prickly tonight, other than the color of the drinking glasses. Assure him that you really are interested.

Go easy on teaching manners at the table.

You have years to remedy behaviors like kids eating with their hands and blowing bubbles in their milk. It’s hard for kids to relax when they’re constantly being corrected. And it’s not so easy for parents to enjoy dinnertime if they have to be constantly vigilant about their children’s manners. I think the most important manners to focus on are those that help build respectful speaking and listening, like not speaking with your mouth full, or not talking over anyone. Those are manners that we can all try to improve, so kids won’t feel so singled out.

Complaining about the food is one of the greatest sources of conflict at the table.

Nothing sours my mood more quickly than cooking a dinner that my sons don’t like. When they were young, I circumvented this source of conflict by preparing a list of meals that everyone agreed to eat without bellyaching. From time to time, I would update the list. Then, I would know that they had signed off on any meal I was taking the time to prepare. Then if they grumbled about what I served, I offered them an opportunity to prepare tomorrow’s dinner.

Using technology at the table is another growing source of family tension.

A 2012 survey of 300 parents found that there are two sets of standards at the dinner table. Parents use technology at the table at twice the rate that their children are allowed. In other words, what’s good for the goose isn’t so good for the gosling. Perhaps a starting point would be for parents and kids to agree on the rules. The rules might well be a no-technology policy at the table, so that face-to-face conversation is consistently valued. Other families might agree to use technology lightly by sharing content with fellow diners, for example, and by not texting with absent parties. If this isn’t possible, then negotiate rules that everyone can agree to, such as: “We’ll only use our phones to resolve factual disagreements that come up at dinner.”

Where there are siblings, there are almost always complaints about fairness. My sons, two and a half years apart, could be best friends one minute and outraged with each other the next, at a perceived inequity. When complaints of “he got more” rang out, I would try to remind them that fairness is about getting what you need rather than getting the same amount as your brother. As my husband used to say over and over, “It’s not equal, but it’s fair.”

Using the power of music to ease tension.

A playlist of food songs while cooking— For example, Cab Calloways’ “Everyone Eats When they Come to My House” or Hank William’s «Jambalaya”– can add a festive vibe to the work of chopping. Asking your kids to choose the music for dinnertime prep can be a great way to find out how they’re spending many of their waking hours, and then they’re right there to help interpret what you’re listening to.

While dinners marked by everyone speaking in measured tones and always being in good moods may seem unattainable, don’t despair. The goal of a dinner need not be the elimination of all conflict. Some of my fondest memories of family dinners feature heated arguments with my parents about politics, hair, and feminism. Coming to the table is how I began to find my voice.

A version of this post originally appeared on AvivaGoldfarb.com.

Let’s Talk Turkey
Play with Your Food, Not Your Video Games
Tips for Bringing Empathy to the Table
How to Avoid One Word Answers