Baby-Stepping Toward a Better Family Dinner 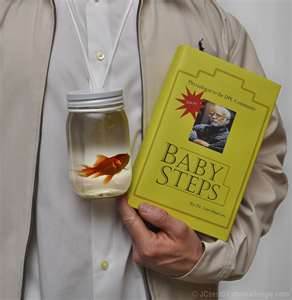 When I was offered the job as the new web writer/social media manager for the Family Dinner Project, I felt a mix of hope and fear. Why fear you ask? My thought process went something like this: who was I, of all people, to serve as a voice for an organization promoting the ideal family dinner? Yes, I’m a mom of two boys, ages five and seven, so I make attempts at something like family dinner. But it’s a huge struggle for me. I’m a tired, somewhat older working mom, one with two very picky eaters (payback for driving my own mother crazy I’m convinced), and a husband who often comes home late. Then, add in the fact that I don’t really know how to cook, that kitchen utensils and recipe instructions frighten me, and that I’m a reluctant weekly meal planner (how inspired I was to read Lynn’s meal planning tips in this recent blog, although I have yet to implement them), and it’s not a pretty picture.

Unlike our last guest blogger Julia’s story about a love of cooking passed from one generation to the next, my parents did not spend a lot of time in the kitchen or cooking with me. No no no, I’m not trying to do the proverbial parent blaming thing. My parents did the best they could—and it took me decades and becoming a parent myself to realize that my mother gave me a peanut butter sandwich every day for lunch during first grade not because she was lazy, but because I refused to eat anything else. We do what we can. At least I was getting protein.

Still, on the flip side, there was also the hope I felt in taking this job. Of course, I looked forward to using my writing skills to support a meaningful organization with a great mission (if you really want to grasp what the Family Dinner Project is all about, I highly suggest reading Joanna’s recent post in our Community Dinner Blog, where she sums it up beautifully). But I also saw this new job as an opportunity for me to become a better parent through what I would learn in my work. Not simply in the kitchen, mind you, but in all those other ways we, as Joanna says in her blog, aim to create and “become good human beings.” Although my efforts so far are minor, I do think they’re working. 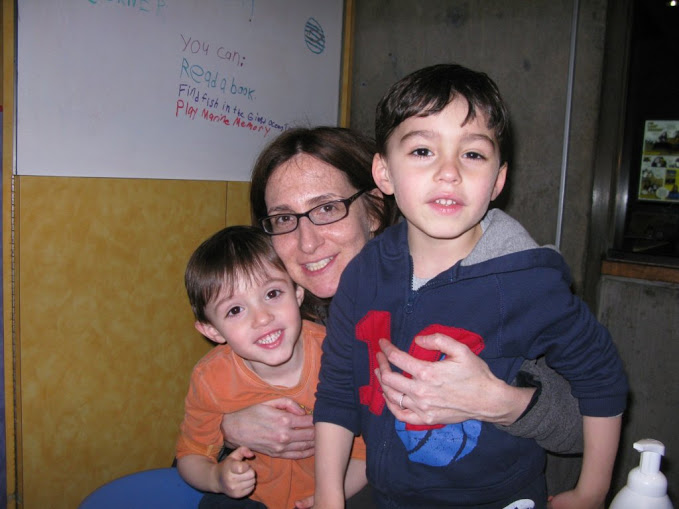 For example, even if I’m not ready to eat dinner with my kids, I try as often as possible now to sit down with them and start a meaningful conversation. I ask questions, the most frequent of which is “Tell me something nice you did today for somebody.” With my five year old, it’s almost always a story about how he helped someone who got hurt or fell down that day (guess five year olds fall down a lot). Occasionally, my seven year old gets stuck and frustrated when he can’t think of a story. So I remind him of something nice that he did. “Hey, remember how you helped your brother pick out his clothes this morning?” And his mood lightens.

I know this is just a tiny example. But like Bill Murray’s character in the very funny movie What about Bob? I see these as baby steps. Baby steppin’ to the kitchen…baby steppin’ to the conversation…baby steppin’ to making good human beings.  Using this philosophy, I’m betting  any of us can start working toward the worthy aims of the Family Dinner Project today.