Ellen DeGeneres on Friendship and Disagreement 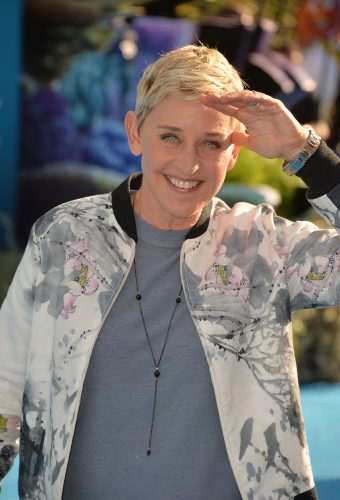 Comedian and talk show host Ellen DeGeneres is making headlines for hanging out at a Dallas Cowboys game with former President George W. Bush. Because DeGeneres is gay and well-known for her activism in support of many progressive viewpoints, images of her enjoying an afternoon in the company of a conservative politician raised some eyebrows. But Ellen spoke directly to critics on her show, posting the response later to her Twitter account.

In part, DeGeneres said “I’m friends with a lot of people who don’t share the same beliefs that I have. We’re all different. And I think that we’ve forgotten that that’s OK that we’re all different….When I say be kind to one another, I don’t mean only the people that think the same way that you do. I mean be kind to everyone.”

Many people have commented that the current political and social climate seems to be dividing people more than uniting them, and that it’s hard to know how to have a civil disagreement any longer. We think that makes DeGeneres’s day out at the Cowboys game, and her comments about her friendship with President Bush, worth talking about at the dinner table. Share the video clip from Twitter with your family, and try these conversation starters, recommended for ages 10 and up:

Dinner and a Movie: Valentine's Day Family Movies
A Right to Tweet?
Family Breakfast #1: Morning Laughs and Muesli
Class of 2023 or No Class At All?