Are we Making too Much about Miley? 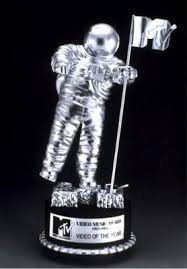 Last week, 20-year-old Miley Cyrus, the former child star who played Hannah Montana, gave a performance many called “raunchy” during the MTV Video Music Awards (VMAs). In the days since, there has been an outpouring of response—both negative and positive—on social and traditional media.

MTV is no stranger to this kind of attention; during the first VMAs broadcast in 1984, Madonna made headlines for rolling on the stage in a wedding dress while performing her song “Like a Virgin.” In 2001, Britney Spears was criticized for stripping down to a nude-colored crop top and pants during her performance.

Unpacking the performances of these young women is a complex business, one that deals with sexuality and, in Miley’s case as some have pointed out, race in our culture. In the wake of these broadcasts, many writers have tackled these issues. Others, though, have resisted and criticized the media for its singular focus on a televised awards show while events in the United States and around the world are relegated to the background.

In the Driver's Seat
Should Celebrities Think Twice About the Products They Endorse?
An Extra Tricky Extra Credit Question
Talking about Ferguson