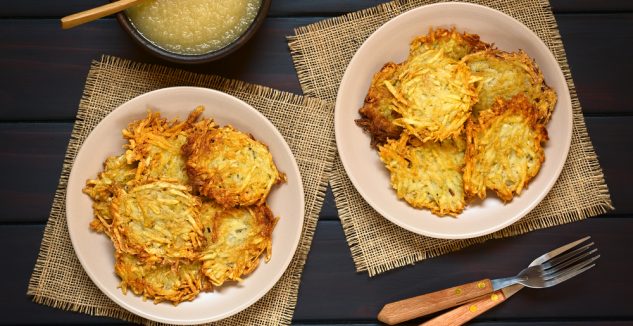 This recipe for potato latkes was shared with us by Chris Daly, who says: “As a member of an interfaith family, I came to Hanukkah with no background in making the traditional Jewish potato pancakes known as latkes. So, I had to learn by doing. Turns out, they are easy and fun to make, especially with kids helping. I turned to a Jewish cookbook we had in the house, and I adapted this recipe from Flo Greenberg.”

Chris’s recipe can be easily scaled up to feed a crowd — he notes that for big groups, he routinely starts with five pounds of potatoes for latkes. We’re sharing a version that should work nicely for a family of four.