On the Presidential Menu: Healthy Dialogue 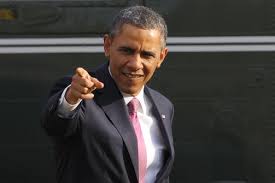 What happens when you take one U.S. Democratic President and put him around the dinner table with 12 Republican senators?  Although it sounds like a joke awaiting a punch line, President Obama’s dinner earlier this month with the Republican senate leadership turned out to be a potentially progressive step toward bridging divides about how to clean up our country’s budgetary mess.

At least initially, the dinner, which was held at the Jefferson Hotel and paid for out of Obama’s own pocket according to the White House, appears to have reaped some positive feelings between the usually divisive senators and president. According to Republican Senator Mike Johnson of Nebraska who was present at the table, “I think what he (Obama) is really trying to do is start a discussion and break the ice, and that was appreciated.” Other senators used words including “respectful,” “very positive” and “constructive” to describe the evening.

This example of simply talking and truly listening to one another—especially among those whose views differ from our own—can make for an interesting discussion at your own dinner table tonight.

1. Why do you think President Obama decided to invite people who disagreed with him to dinner? What do you think he was trying to do?

2. Think of a time recently that you disagreed with a friend or a family member about something. Were you able to listen to the other person’s side of things? What happened and how did you feel after the conversation?

4. One of the senators present at the dinner called the dinner “respectful.” What do the words respect or respectful mean to you? In what ways can a dinner be respectful?  Can you give an example of a time someone showed you respect or you showed respect toward someone else?