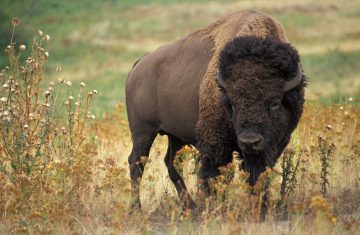 This week, President Barack Obama signed a new piece of legislation declaring the American bison the “national mammal” of the U.S. While the nation has been represented by the bald eagle for over 200 years, the bison now joins its feathered friend as an official symbol, honored for its historical importance to the land and people of the United States.

Read more about the honor here, then talk about it at the dinner table with your family: