A Little Boy With A Big Heart 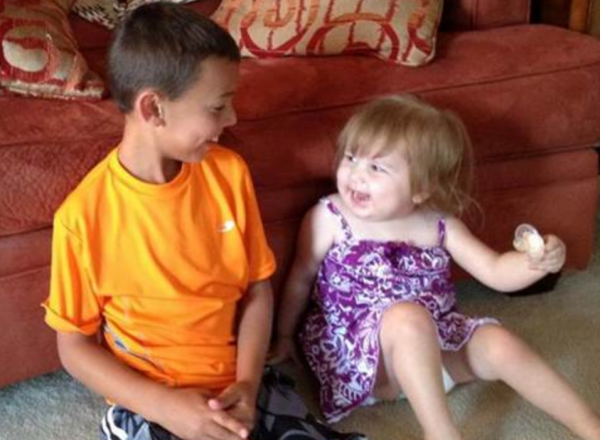 An 8-year-old boy could buy a lot of neat stuff with $1,000—a video game console, an iTouch, a baseball mitt. The list of choices would no doubt be long.

But one 8-year-old boy in Edwardsville, Illinois didn’t think twice about what he’d do with such a windfall. Wyatt Erber said he’d use it to help pay for chemotherapy for his 2-year-old neighbor, Cara Kielty. She was diagnosed with leukemia in May.

The money was top prize in a scavanger hunt sponsored by local businesses. The contest lasted all summer, Wyatt never lost focus and he won! And when he was presented with the money, Wyatt never hesitated about keeping his promise.

Read more about it, but be warned.  A tear may come to your eye.

2.  As the story relates, a lot of neighbors came to the aid of the Kielty’s, in various ways. Whose responsibility is it when a child becomes ill?

3.  Why do you think Wyatt wanted to do what he did?

4.  What do you think Wyatt will be when he grows up?

5.  Do you think Wyatt’s actions will cause others his age to do something so selfless?

What Did Your Family Think of the Olympic Games?
When Does Streaming Become Stealing?
Opening Doors to Kindness
Private Lives...Public Spaces