Team members from the Family Dinner Project (FDP) and others including FDP volunteers Julia Coit and  Joanna Gallagher recently hosted three successful community dinners at the St. Stephen Episcopal Church in Lynn, Massachusetts. The goal of these dinners is to keep families engaged with the church as well as with each other, and to help them reap the many benefits of meaningful family meals. 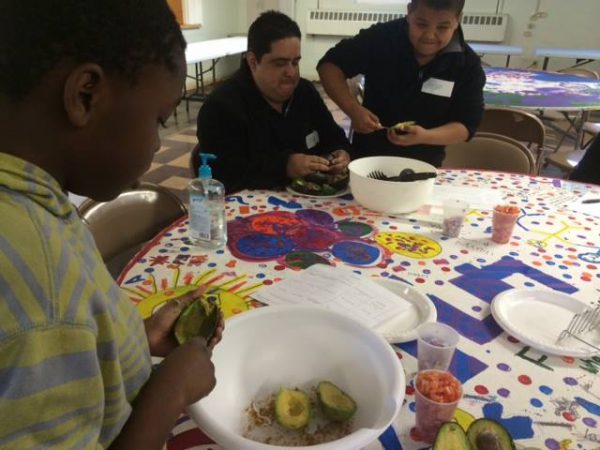 The first dinner brought families from the surrounding neighborhood and  the church together to talk about the challenges they face around dinners, as well as the strengths they bring to the table. Parents and children also had an opportunity to cook, making items such as guacamole and pizza. During the second dinner event, parents learned tools to help facilitate conversation at the table, as well as ways to avoid shutting it down–what we call “window openers and door slammers.” 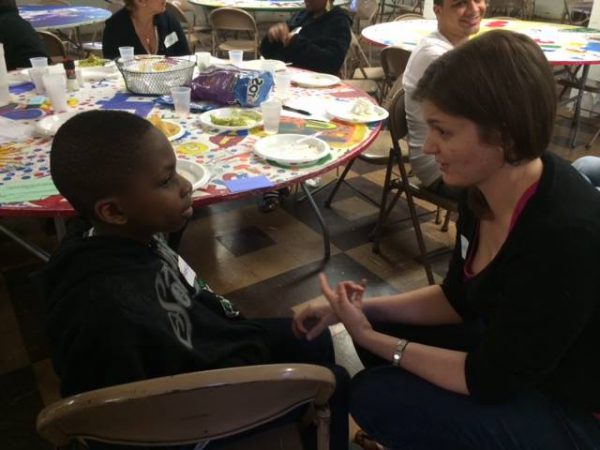 Families helped start a garden during the third event by planting seeds and talking about what they would be growing. Participants then made and ate soup using the same type of vegetables they had just planted. Healthy eating was the main focus and all participants also received MyPlate information from our program Food, Fun and Conversation: 4 Weeks to Better Family Dinners. 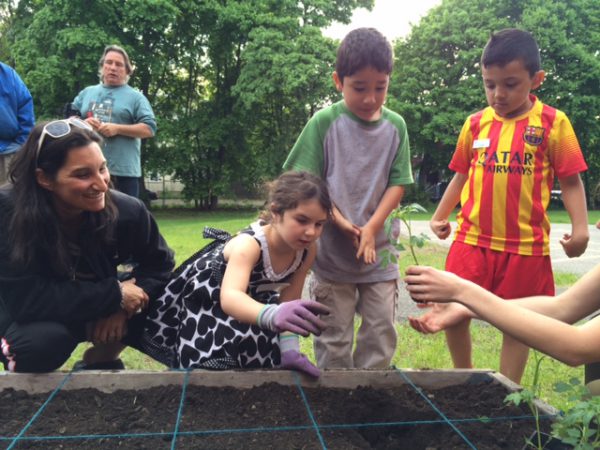 Says Joanna, “It’s been wonderful to see people  hugging and having these really meaningful connections over the universal experience of family dinner.” 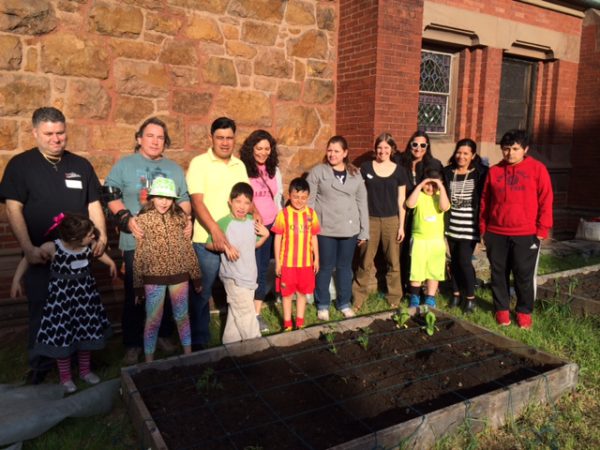 If you are interested in learning more about hosting a community dinner in your area or at your organization, visit  The Family Dinner Project’s Community Dinner Series page.